I didn’t think moving to Byron Bay, the mecca for sun, sea and surf, was going to result in doing some amazing conservation work. I was wrong and forever grateful for the opportunity to live and work in one of the most beautiful places on Earth…truly.

Rainforest Rescue is a not-for-profit charity with the vision to protect rainforests forever through land buy-back and restoration. I developed the 5-year conservation strategy (2013-2018) and managed various projects in Australia, Indonesia and Ecuador and initiated and implemented the Save the Cassowary campaign.

Save the Cassowary campaign – the quest to save a prehistoric bird.

Isn’t it sad that one day some of the most amazing creatures that roam this earth, will be gone forever? The Save the Cassowary campaign aims to raise global awareness of the plight of the endangered Southern Cassowary. Its biggest threats are habitat loss with 85% of its habitat lost, road fatalities and dog attacks. It’s endemic to Australia’s Wet Tropics with fewer than 1,000 birds left in the wild!

I negotiated a partnership between Rainforest Rescue, Queensland government’s Department of Environment & Heritage Protection and Girringun Aboriginal Corporation, for the Garners Beach Cassowary Rehabilitation Centre, to care for injured, sick or orphaned cassowaries, and ensure the center remained operational and viable.

To reach a wide audience and connect people with this amazing bird, I built partnerships with the Zoo and Aquarium Association (ZAA) and 18 partner zoos, designing zoo signage and marketing collateral with the tagline ‘Who am I?’. Our partners included Queensland Department of Environment Heritage Protection, Wet Tropics Management Authority (WTMA), local councils, tourism bodies and the Girringun Aboriginal Corporation to incorporate Indigenous knowledge, traditions and values. Our business partner BioPak created a special biodegradable coffee cup to promote the campaign, available in participating cafes around Australia. 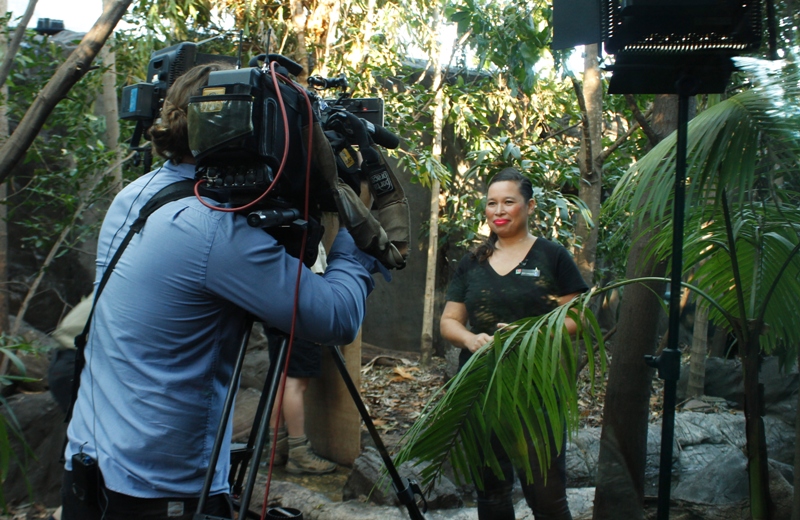 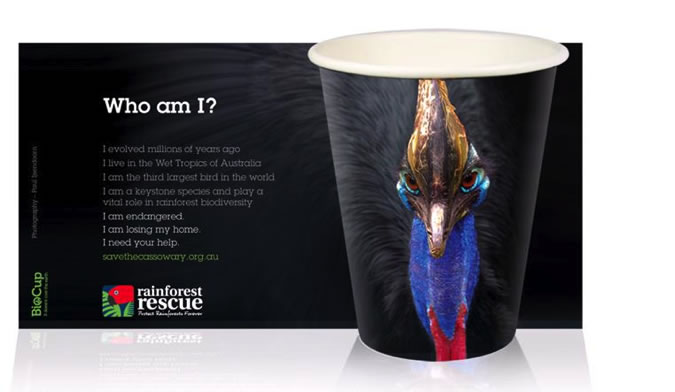